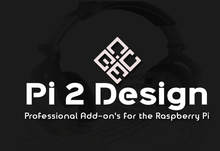 AES ISSUE - 6/21/2022
We have reports from two customers that the AES interface is not behaving. Either erratic output, or no output above 96Khz. Please contact us if you have seen this issue.

The first 100 units of Mercury are sold.  The next build is delayed due the metal supplier falling down on the job, So we may need to re-spin the PCB to accommodate a different case. We had looked at other extrusions, but they were more money and even plainer. Given that we only have 75 CM4's left we decided to hold off building more until later this Summer when we can create a new carrier board. Also, price will go up quite a bit to cover all this nonsense!

Back orders are still shipping slowly at about 20 per week. There are 63 left so 3-4 weeks max to wrap it all up.

On another note, we offered Volumio or Ropiee, but our ordering software system does not pass that info to the shipping fulfillment software. I'm not sure if I set it up wrong or if it's a limitation in the export from the ordering software. So we are having to ship just Volumio since that is what the production shop is doing now. We apologize for the hassle, but obviously making a new SD Card is not too painful.

Update on Mercury 7/5/2022
We have sorted out the AES issue and restarted shipping as of late last week. We have 50 more orders to ship and will be done over the next two weeks. The metal enclosure issue still remains, so a new version of Mercury is underway to fit into the new case. The new case is about the same width and depth, but 12mm (~1/2") taller.

Update on Mercury 7/18/2022
Production is slower than hoped for because changing the AES chip takes a while longer than estimated. We have also increased the testing time in order to include verifying 192Khz operation on all outputs. We now have 30 more orders to ship and should be done over the next two weeks. We hope!

The major features of the Mercury Streamer are as follows:

Getting Started with Volumio

​You can skip steps 1-2 and go right to step 3. Do Not Change the I2S DAC settings! This does not refer to the external DAC, but instead is used to load the proper driver for Mercury.

Note that the card must be completely erased. Or have a single FAT32 partition for the entire drive (most new cards have this). The Win Disk Imager tool will completely overwrite the drive whereas others do not. This unfortunately makes it much slower.

This is a compressed image for the 32GB card that comes with Mercury.

This is a compressed image for the 32GB card that comes with Mercury.